When I develop recipes professionally, my philosophy is pretty straightforward: use few ingredients, keep it simple, and deliver big flavors.

In this spicy, smoky dish from the Punjab region of India, eggplant, onion, and tomatoes are broiled until silky and tender, and then mixed with aromatics and spices. Serve fearlessly over rice (don’t be afraid of carbs). 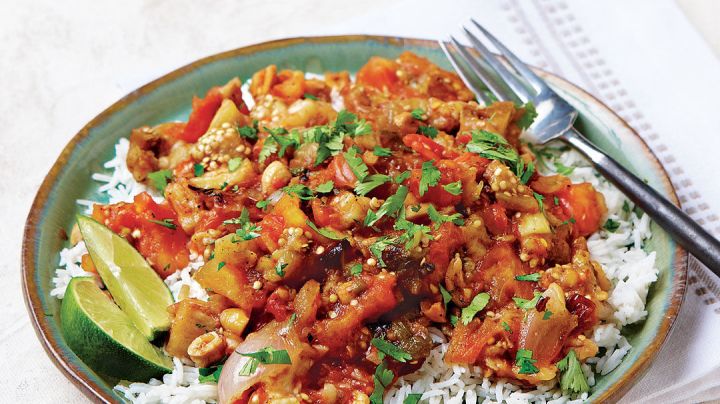 I hope you give the recipe a try and leave me a comment on how it turned out!

Giving credit where credit is due:

This site uses Akismet to reduce spam. Learn how your comment data is processed.

All content ©Between the Tines LLC 2020, all rights reserved, except where explicitly stated and attributed to a third-party.

Unauthorized use and/or duplication of this material without express and written permission from this blog’s author and/or owner is strictly prohibited.

Excerpts and links may be used, provided that full credit is given to the copyright holder, with appropriate and specific direction to the original content.